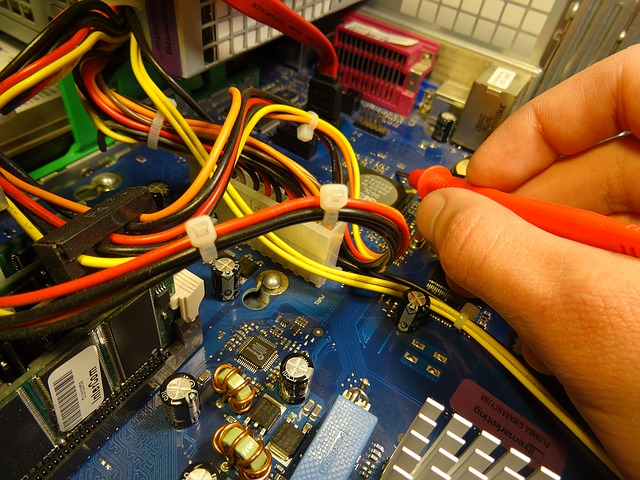 Owning things used to be simple. You went to the store. You paid money for something, whether it be a TV, clothes, books, toys, or electronics. You took your item home, and once you paid it off, that thing belonged to you. It was yours. You could do whatever you wanted with it. That’s not how it is today, and by 2030, technology will have advanced to the point that even the idea of owning objectsmight be obsolete.

Many a think piece has been written about how Millennials aren’t as interested in owning things as their predecessors. After decades of Boomers keeping up with the Joneses, Millennials were supposedly “more about the experience” than physical goods. There’s a kernel of truth in that, but the shift to services was telegraphed a long time ago.

Back in 2016, the World Economic Forum released a Facebook video with eight predictions it had for the world in 2030. “You’ll own nothing. And you’ll be happy,” it says. “Whatever you want, you’ll rent. And it’ll be delivered by drone.”

“Everything you considered a product, has now become a service,” reads another WEF essay published on Forbes. “We have access to transportation, accommodation, food, and all the things we need in our daily lives. One by one all these things became free, so it ended up not making sense for us to own much.”

The WEF’s framing is overly optimistic, but this is the future we’re rapidly hurtling toward. I rent my apartment, and therefore, all the home appliances in it. If I wanted, I could rent all my furniture and clothes. Sure, I have my own computer and phone, but there are plenty of people who use company-issued gadgets. And if I didn’t want company-issued items, I could always rely on electronics rentals. I like cooking and grocery shopping, but I could just sign up for a meal kit service and call it a day. I wouldn’t even need appliances like toasters, rice cookers, blenders, air fryers, or anything beyond a microwave. To get around, there are Citi Bikes, Uber, and Zipcar.

You might be wondering—what’s the problem here? Consumerism is exhausting, and as far as housing goes, ownership isn’t the golden ideal it’s cracked up to be.In some ways, not owning things is easier. You have fewer commitments, less responsibility, and the freedom to bail whenever you want. There are upsides to owning less. There’s also a big problem.

You Don’t Own Your Software

When you don’t own anything, you’re trading autonomy for convenience. You only have to look to the Internet of Things to see where the narrative starts to crack.

To use a recent example, Peloton recalled its Tread+ treadmill after multiple children, pets, and adults were injured using the machine. Part of the solution was to release a software update, Tread Lock, that requires a 4-digit passcode to prevent unauthorized use—a factor that played into at least some of the reported injuries. However, there was a dust-up online when users read the fine print: The Just Run feature of the Tread+, which allowed Peloton owners to run without taking a class, had moved from a free feature to one locked behind a subscription paywall.

The internet loves to get mad, and it turned out that Peloton would be giving all Tread+ owners three free months of membership while it worked on a way to enable Tread Lock and Just Run simultaneously without requiring a subscription. Arguably, the majority of Peloton Tread+ owners weren’t even angry about it. But those that were cited the principle of the matter. They had paid over $4,000 for a treadmill and that should’ve given them the ability to use the Tread+ however they wanted. Who was Peloton to change the rules on them?

The reality is when you buy a device that requires proprietary software to run, you don’t own it. The money you hand over is an entry fee, nothing more.

When everything is a lease, you also agree to a life defined by someone else’s terms.

In 2020, Sonos retired its legacy speakers, many of which were still functional. It sparked outrage. Again, users had bought hardware and expected that their one-time transaction meant they fully owned their devices. But they didn’t. By buying those devices, consumers bought access to Sonos’ services and Sonos effectively leased their hardware. That meant Sonos ultimately gets to decide when a device is at the end of its life.

Another company that does this is Whoop, a fitness tracker that focuses on recovery. The tracker itself costs nothing. Whoop will send that to you for free because it recognizes the tracker isn’t the product. The app is the product, and to get access to the app, you must pay a monthly $30 fee.

Connected devices require servers. Servers cost money. When you, the consumer, pay a one-time fee, that doesn’t help a company keep the lights on. It’s why planned obsolescence exists. It’s why Apple, a company that’s known for its hardware, started pivoting to services in 2019. It’s why Fitbit rolled out a premium subscription tier, Netflix is mulling cracking down on password sharing, and every other entertainment company is launching their own streaming service instead of licensing their content to Hulu.

Read in full at Gizmodo