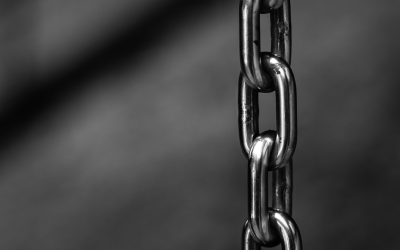 Last week, the cloud-based software company Salesforce notified its thousands of suppliers that it will include language in all future procurement contracts requiring them, among other things, to set science-based targets to reduce their greenhouse gas emissions.

And it set financial penalties for those that don’t.

It was an unprecedented and bold move that, if emulated by others and aggressively enforced, could transform companies and markets far faster than any regulation ever could.

Welcome to the growing world of trickle-down sustainability.

Salesforce’s four-page Sustainability Exhibit, as the company called it, asks suppliers to commit to a science-based target aligned with the 1.5 degrees Celsius goal of the Paris Agreement; to develop and implement a plan to reduce “the carbon footprint and the environmental impact” of any products or services provided to Salesforce; and to publicly disclose their Scope 1, 2 and 3 emissions.

The provisions of the legal document won’t necessarily take effect immediately, though they are now part of “all standard purchasing contracts,” the company said, implemented whenever a supplier renews or when Salesforce makes purchases beyond an existing agreement.

Using procurement as an opportunity, if not a cudgel, to push more companies to take more ambitious sustainability actions has long been a strategy leadership companies use to drive change beyond their four walls.

In a letter to suppliers, Craig Cuffie, the company’s chief procurement officer, and Patrick Flynn, who heads sustainability, wrote, “We want to collaborate more deeply with you on climate action,” and asked them “to join us on this journey … by committing to the principles laid out in our Sustainability Exhibit in our next agreement.”

Using procurement as an opportunity, if not a cudgel, to push more companies to take more ambitious sustainability actions has long been a strategy leadership companies use to drive change beyond their four walls. Walmart’s Project Gigaton, for example, aims to cut 1 billion tons of greenhouse gases from its global value chain by the end of this decade. More than 2,000 Walmart suppliers, more than two-thirds of its total, are engaged, according to the retailer. Other companies have created similar, if less ambitious, supply-chain initiatives.

Read in full at Greenbiz