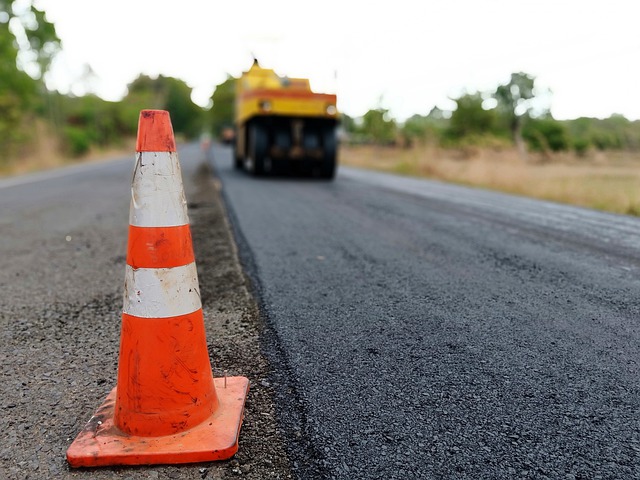 Here’s something to ponder if you’re venturing out on a summer road trip: Is it possible to build greener streets and highways, not in terms of what’s driven on them, but rather the materials used to construct these most ubiquitous forms of transportation infrastructure? As governments look to slash emissions, highways and roads – constructed from carbon-intensive materials like bitumen, aggregate and cement – should become a major target for future reductions.

The Dutch seem to think it’s possible, and their path to a more sustainable form of blacktop runs through the disgusting goop recovered from the settling ponds of sewage treatment plants.

The Netherlands and its major cities are known internationally for advanced policy-making about the circular economy. Various joint ventures involving scientists, municipalities and technology firms are testing new biological approaches to recovering cellulose from wastewater (i.e., used toilet paper), extracting the “lignin,” or fibre, and upcycling it into a glue-like substance that can, in theory, be used in composite materials. One possibility: a binding agent that can displace some of the heavy oil used to make traditional asphalt. Talk about closing the loop.

Pilot “bio-asphalt” projects are taking place in Amsterdam and Vlissingen, a smaller city near the Belgian border. In fact, research on the development of “bio-oil” as another type of sustainable binding agent in road construction has been published recently in China and the European Union. The results seem encouraging. “The utilization of bio-oils in bitumen and asphalt production presents a timely opportunity for the asphalt industry to simultaneously improve its sustainability record and reduce its negative impact on the environment,” a Dutch-Irish research team concluded in a paper published last December.

Sacha Stolp, the director of the “future-proof assets program” for the City of Amsterdam, points to a stretch of road near the port area where the municipality is testing this new pavement. “If it works for Amsterdam,” she says, “it could work for the entire world.”

The global road network extends 16.3 million kilometres and consumes much of the 1.6 trillion tonnes of asphalt produced each year. More than 400,000 kilometres of that massive web of infrastructure traces through Canadian cities and our vast hinterland. While humanity knows how to reduce the carbon footprint of transportation, roads will still need to be maintained, and the production of the ingredients of paving materials are some of the world’s worst emitters: diesel-spewing trucks that haul stone, gravel and sand (the key ingredients of road building); the carbon cast off by cement production; and the emissions related to the extraction of the crude-oil-derived bitumen glue that holds it all together.

The notion of incorporating recycled materials into pavement “is not new,” says life-cycle analysis expert John Wolodko, an associate professor in the University of Alberta’s Faculty of Agriculture, Life and Environmental Sciences. Research and pilot projects stretch back two decades, although these have accelerated in the past few years, he says. “As with any type of new material development, there’s a long cycle time until there’s adoption.”

Some observers wonder whether the Canadian road building industry and municipalities have simply given up on used tires. Jo-Anne St. Godard, executive director of Ontario’s Circular Innovation Council (formerly the Recycling Council of Ontario), notes there was “a flurry of activity” about a decade ago, when a rural municipality north of Greater Toronto decided to test crumb rubber additives in its highway repairs. The pilot project in Grey County showed those roads performed better and lasted longer. But despite the benefits, St. Godard says, the experiment “just sort of died on the vine.”

Ambaiowei points to another pothole on the road to more sustainable blacktop. In the 2000s and early 2010s, road builders were given the green light to use “reclaimed asphalt pavement” (RAP) in new paving projects instead of sending it to landfill. In theory, there’s a certain elegance in old roads being recycled into new roads.

What’s more, for contractors as well as their municipal or provincial clients, the savings were highly attractive. But a 2015 Ontario Auditor General’s report slammed the practice, saying it contributed to pavement deterioration and cost the provinces millions of dollars in premature repairs. The use of RAP has “drastically dropped,” Ambaiowei says.

This kind of backsliding is, without question, the wrong direction, says St. Godard. She notes that a significant part of the issue around roads in particular is that the vast majority are commissioned through public sector procurement processes, which tend to be very conservative – use what worked yesterday – and designed to reward the lowest-cost bidder.

In fact, she and her team have been consulting closely with Dutch officials, who have a completely different view and are much more intentional about embedding circular economy approaches in requests for proposals for large public-works contracts. Here, by contrast, public sector procurement officials don’t have much to do with the policy-makers charged with environmental practices.

“Why is there such a disconnect?” St. Godard wonders.

Wolodko doesn’t see the technical challenges associated with upcycling waste materials in road construction as insurmountable. And, he cautions, the impetus to find solutions – sorting out the chemistry, the bureaucratic silos and the supply chain – will become increasingly present as carbon pricing drives up the cost of the commodities that go into traditional pavement.