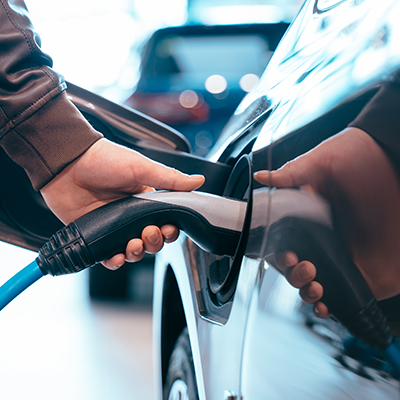 By October, Tesla was in talks with Vale, the world’s largest producer of the mineral, about securing sustainable nickel from its Canadian mines to power Tesla’s electric vehicle batteries. No firm definition of “environmentally sensitive” was given, but as minerals become increasingly critical to a low-carbon future, attention around how those minerals are extracted and produced is growing sharply.

Cleantech’s cleanest resources are not in short supply: wind is free and the sun shines, at no charge. Yet enormous amounts of copper, nickel and other minerals are required to harness their energy. Canada is one of the few countries in the world that can provide the materials required for lithium-ion batteries that are vital for EVs and other emerging low-carbon technologies. With companies like Tesla facing increased scrutiny around sourcing minerals from countries with serious human rights and environmental abuses, Canada is positioning itself as a reliable and responsible alternative.

“Those are the key ingredients – responsible and reliable – to be a supplier of choice to our allies around critical minerals and other minerals to fuel the transition to the next economy, the clean economy, the low-carbon economy,” says Ben Chalmers, senior vice-president of the Mining Association of Canada.

Compared to countries like the Democratic Republic of Congo, which produces roughly 70% of the world’s cobalt under a cloud of human rights abuses and child labour, Canada looks like the ideal country of origin. Canadian mining-industry employees earn an average of more than $110,000 annually, are protected by relatively strong safety regulations and – unlike their Congolese counterparts – aren’t forced to operate in conflict zones.

The question is, can Canada offer a steady, sustainable supply of critical minerals? Federal Minister of Innovation Navdeep Bains has spoken of the need for a “mines to mobility” strategy to join the growing EV economy. Quebec has made its plans to lead the charge clear, as part of a $6.7-billion green economy push. Unveiled in November, its Plan for the Development of Critical and Strategic Minerals [CSMs] 2020–2025 identifies more than 20 CSMs that are in high demand by countries looking to secure supply chains for low-carbon economies. Other mineral-rich provinces, including Newfoundland, B.C. and Ontario, also want in on the action.

However, satisfying increased demand for critical minerals holds its own set of challenges. Water preservation, greenhouse gas (GHG) emissions, biodiversity concerns and whether CSM mines can preserve Indigenous rights are all open questions that require satisfactory answers. A few examples:

• Nouveau Monde Graphite’s 2.7-kilometre open-pit graphite mine was authorized by the Quebec government in February. The mine, wedged between Mont-Tremblant National Park and Lac Taureau Regional Park, has raised concerns because of its potential production of millions of tons of acid waste, which would be permanently stored in the watershed of the tourist area. The opposition claims the Quebec government has ignored the advice of the Office of Environmental Public Hearings by authorizing the project before requesting that missing studies be completed. The government’s decree is being heavily criticized for failing to address concerns raised by the Atikamekw Nation of Manawan.

• The proposed Eagle’s Nest Mine in northern Ontario’s Ring of Fire has faced years of opposition, protests and legal battles. While some First Nations in the region support the mining of nickel, palladium and copper, opposition from others who say they haven’t been adequately consulted remains strong. Scientists are also concerned about the potential impact on the area’s muskeg – one of the world’s largest sources of terrestrial carbon storage. Over a decade in the works, the project is still being evaluated with no clear end date.

So how can community needs, especially those of Indigenous communities, take a front seat in mining for the low-carbon future? The First Nations Major Projects Coalition (FNMPC) recommends having Indigenous-led environmental assessments, tapping into Indigenous-led net-zero carbon policy frameworks, and boosting access to capital so that low-carbon Indigenous infrastructure projects can secure equity ownership.

At FNMPC’s Indigenous Sustainable Investment Conference in March, chair Sharleen Gale said it’s time to put the “I” in ESG. “That means ensuring Indigenous interests and worldviews are reflected in environmental, social and governance standards that are driving investments in resource projects today.”