What if the world’s biggest customer went green? U.S. government wants to find out 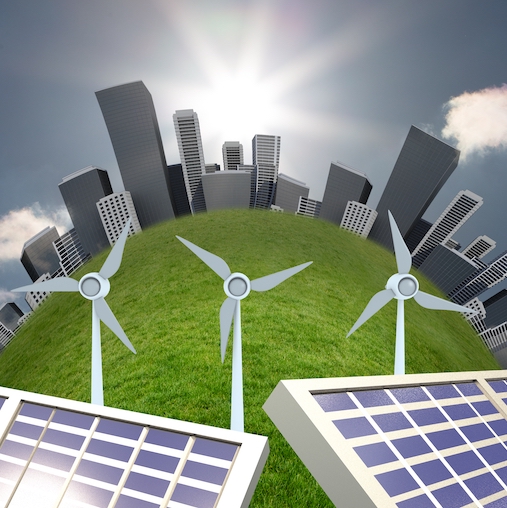 Every year the federal government spends more than $500 billion purchasing goods and services to support its operations. That’s roughly the size of Sweden’s economy, and it makes the United States government the single biggest consumer in the world.

How does it work?

When the federal government spends money strategically, it can act as a powerful market leader, driving change across entire industries. Such purchasing power largely plays out in the form of contracts for which private companies compete—in this case, in the green sector.

While Biden’s executive order kicks off an ambitious conversation about how to target more federal money at the sustainable sector, it’s light on details; more guidance is expected in the coming weeks.

Environmental advocates and policy experts say three sectors stand out as candidates for targeted federal spending on sustainability. Two of them, clean energy and electric vehicles, were highlighted in the executive order. Experts are also looking to the government to invest in greener construction materials.

“The federal vehicles fleet is not that big, but the point of [the executive order] is that this type of guaranteed customer helps the private industry further supply the United States,” says Jean Su, an attorney for the Center for Biological Diversity. Take electric vehicle start-up Workhorse, for example. The company was competing for a $482 million-dollar contract to produce the next fleet of U.S. post office vehicles. When it was instead announced that the post office contract would instead go to defense contractor Oshkosh, Workhorse’s stock tumbled and hasn’t recovered.

Only 10 percent of the post office’s new 165,000 deliver trucks are slated to run on electric batteries. The rest will be powered by fuel-efficient, gas-powered engines designed to later be converted to electric vehicles. Workhorse is pushing back on the decision, and some lawmakers have spoken out against the Post Office’s decision, but it remains unclear whether the current plan will change.

Still, clean energy advocates say government-purchased electric vehicles can help reinforce public trust in those who fear that driving an electric car might leave them stranded.

For example, says Dan Lashof, director of the U.S. division of the World Resources Institute, “if we’re talking about national park vehicles, you can have the charging infrastructure in the park in a way that visitors can also use it. It’s visible and people see electric vehicles as practical.”

Read in full at National Geographic